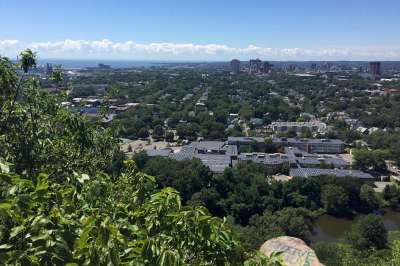 The East Rock neighborhood in New Haven is named after a nearby rock ridge. The neighborhood is bordered on the north by the town of Hamden, on the east by Amtrak railroad tracks, on the southeast by Interstate 91 (between Exits 3 and 6), on the south by Trumbull Street, and on the west by Whitney Avenue.

East Rock has been home to many Yale University students and faculty for many years. One of the main streets, Orange St, was developed in the late 20th century and now has many delicious markets and coffee shops.